We were climbing the highest mountain in Greece - sunny Greece, so what were we doing at minus 15 degrees C when it was still only September?! Our hands were numb; my ice-encrusted hair was harsh against my skin; the mist was so thick we could barely tell up from down, but for the steepness and the rasping of the breath; and Boreas, the mythical North Wind God, was sending gusts which threatened to blow us to oblivion. “The Gods are mad today” The locals told us. You never can tell with Gods!

We only needed to gain another 25 vertical metres to the top peak, Mytikas, at 2,918 metres but it was too dangerous to attempt this last icy scramble due to severe exposure, when one slip could mean adding to the statistics of those “eaten by the Gods”. Disappointed we turned.

But there was important work to do. We were a team of four women, dedicated to healing our world - Rima from Singapore, Ann and WaiLing from Hong Kong and myself from England. This was a Peace Climb on Mount Olympus, legendary home of the ancient Gods, said to be expressions of the human psyche, whose job traditionally was to watch over mortals. However it seemed they were too busy playing and we needed to chat to them about the way the world was going! Too much violence, too much greed, too much unkindness…

We had brought offerings of 1,500 Peace Messages to deliver. These included one from every nation on the planet and hundreds from children - personal prayers, pledges and wishes, the highest from people’s hearts, to create a more harmonious Earth. We would not stint in our responsibility to send them out onto the high winds, sending blessings like Himalayan prayer flags. They were spoken out in sacred ceremonies alongside the World Peace Flame over four days, sheltered by the refuge huts.

It seemed the Gods were with us. Zeus, father of the Sky, sent lightning bolts and the first snows of winter; Hades of the Underworld tried to cleanse the past with earthquakes; Ares, God of War howled and sang with the wind; and Hermes the winged Messenger, carried off the intentions for Peace to bring new hope around the world.

We placed a special crystal programmed to support our previous Messages sent off from the far points of the planet - North Pole, South Pole, Himalayas, Andes, Pacific, Africa, holding the Earth in the Light of the six-pointed star.

Then we walked from the clouds, over three days, down through the soft-smelling pine and beach forests to the sea where we burned the Messages into the sand and Poseidon, God of the Watery Waves, swept their essence away to travel the oceans. Finally Apollo, God of the Sun honoured us with a fiery deep-red twilight.

Everywhere the local Greeks were outstandingly hospitable and kind. They offered us advice and help, giving us food such as apples, walnuts, pomegranates, herbs (one even tried to give us a lift as he was so horrified we’d climbed a mountain without men!). Olympus means highest. We seemed to be experiencing the highest giving - that of giving from the heart.

In meditation I flew to above the summit and looked down. Light from the focus of the Messages was streaming from the rocks and the snow through the mists. The highest from people's hearts has no physical limits...

Aim for the highest… 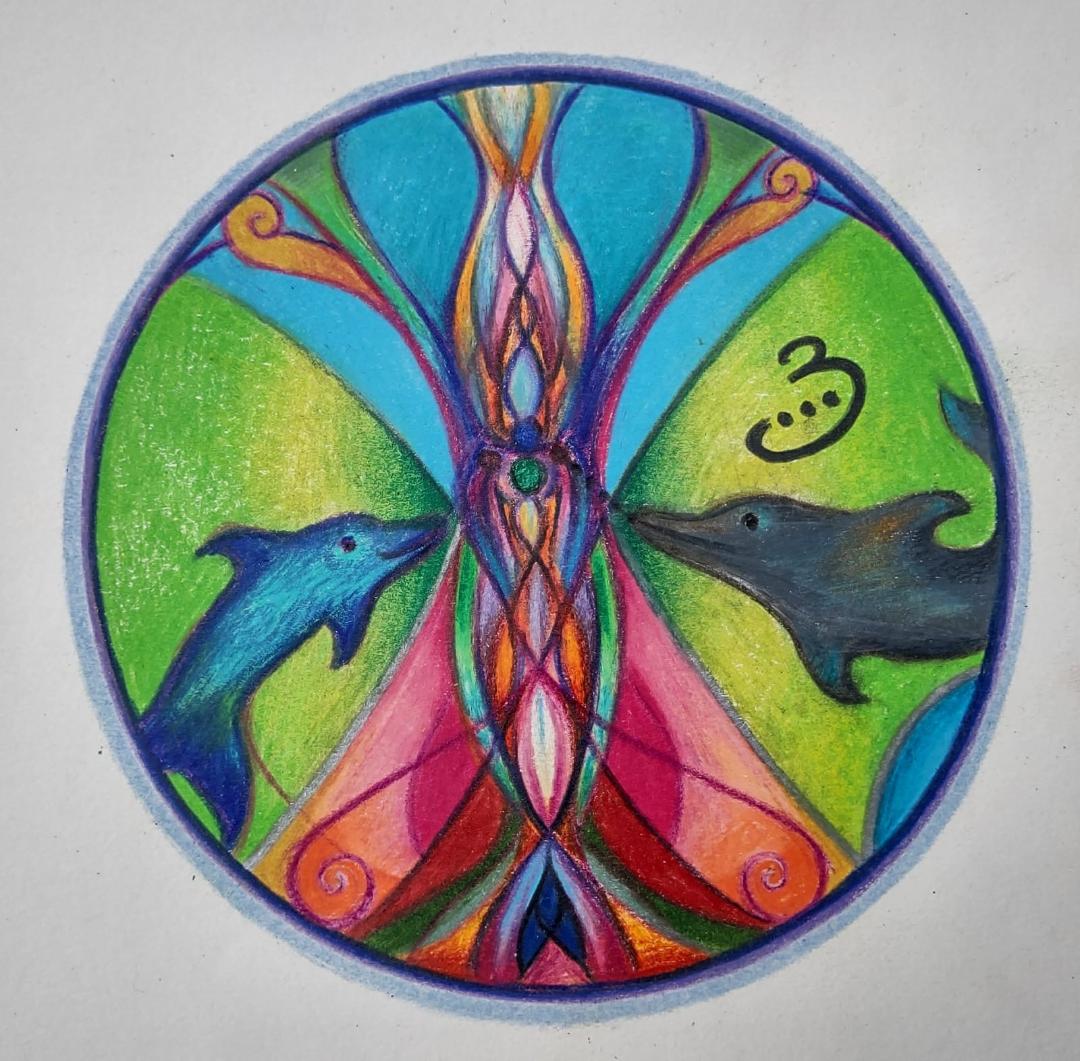